This time, we would like to introduce our readers to the seven most beautiful natural wonders and tourist attractions in Poland. Of course, you can find a very large number of such rankings in guides, travel descriptions and on the Internet. We looked at over 10 different lists and selected five of the most repeated ones. Here they are:

1. Morskie Oko in the Tatras 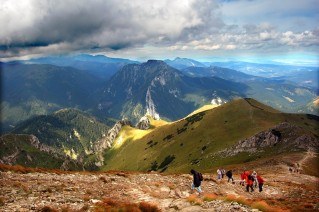 Morskie Oko is one of the most popular places in the Tatra Mountains and a must-see on the tourist map of Zakopane.The charming location at the foot of the Mięguszowieckie Szczyty in the Rybiego Potoku Valley has been making an indelible impression on visitors for decades. The trail leading to Morskie Oko is quite easy, so no one has any major problems with reaching your destination. This beautiful mountain lake certainly deserves to be called the Polish miracle of nature.

2. Moving dunes near Łeba on the Baltic Sea
Moving dunes, located in the Słowiński National Park near Łeba, is a must-see place during your holiday by the sea. The dune strips were created by the sand being thrown ashore by the sea waves. He continued his journey thanks to the winds blowing towards the land. These processes are of course still going on – but they are hardly noticeable. According to estimates, the dunes move up to three meters during the year.

3. Cave “Raj”
Raj Cave near Chęciny in the Świętokrzyskie Mountains is one of the most beautiful in Poland. Tourists are delighted with the richness of dripstone forms, which are properly illuminated, which makes an even greater impression. In addition, the cave has a place for museum exhibitions. The exhibitions show the bones of prehistoric animals and recreate the camp of a Neanderthal family. 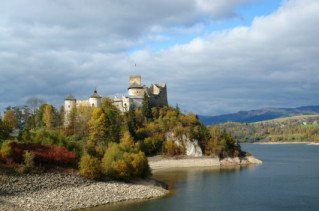 4. The gorge of the Dunaje
A foamy river depth, bends reaching even 180 degrees, and on both sides steep rock walls rising 300 m above the water level – the Dunajec gorge in the Pieniny Mountains is one of the most picturesque mountain gorges in Europe. And it is necessary to admire it from the very bottom, that is, from the deck of a wooden raft deftly crossing the treacherous meanders and bends. During the 15 km long and just over 2-hour cruise from the top of Trzy Korony to the marina in Szczawnica, it will be difficult to suppress the shouts of admiration at the sight of the changing landscapes and the overwhelming power of nature. By the way, you can listen to interesting anecdotes told by raftsmen.

5. Ojców National Park
Ravines, caves and original inselbergs and rock formations with which interesting legends are associated, and the beautiful Pieskowa Skała Castle and the ruins of a medieval fortress in Ojców – these are just some of the attractions that await visitors to the Ojców National Park. The park is located in the southern part of the Kraków-Częstochowa Upland, only 16 km north of Kraków, so it is a great destination for trips for its inhabitants – numerous natural attractions and easy tourist routes attract many, families with children and seniors. Ojców National Park is the smallest national park in Poland, its symbol is a bat.

6. Białowieża Primeval Forest
The Białowieża Forest is an example of a primeval forest, the fragments of which look roughly the same as … during the times of Mieszko I, i.e. the first Polish ruler, father of the first Polish king, 1000 years ago. It is here that the largest population of free bison in the world lives, and the National Park itself is the last natural forest ecosystem in Europe. The Białowieża Forest is on the UNESCO World Heritage List. 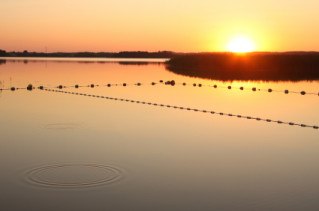 7. The Land of the Great Masurian Lakes
In the worldwide vote for the 7 New Wonders of Nature in 2011, Masurian lakes reached the finals, ending the competition among the14 proposals (out of over 400 submitted) that received the most votes. Thus, they beat all the other candidates from Europe and such magical places as the Galapagos Islands, the Maldives or the Grand Canyon. It is therefore something to be proud of. Masuria can charm everyone who comes there – regardless of whether they prefer sailing, canoeing, cycling, birdwatching, picking mushrooms or simply laziness by the water. Although there are about 2,600 lakes here (and in total they cover almost 30% of the region’s area), tourists are especially attracted by the largest ones, i.e. Mamry, Niegocin, and Śniardwy. They are all connected by canals into one impressive waterway, over 120 km long. And on the way there will certainly be something to see – from the former Hitler’s headquarters in Gierłoż to … the only road sign in Poland “Attention dog sleds”.