Two years ago, we started a genealogical search in Polish archives at the request of Thom, a client from Canada. He knew little about his ancestors, he knew the name and surname of his grandfather, the year of his birth and the likely name of the village in eastern Poland where they came from. It might seem that it is not much, but it was quite a lot for our work on the search. 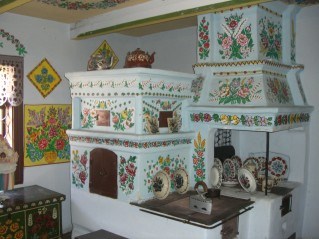 Our first activities were directed to contact with the parish, which probably could be a parish suitable for this family because of its residence. In the e-mail, the priest confirmed that the family with this surname is present in his parish, but he does not have any documents confirming the birth certificate of our client’s grandfather, as they were transferred to the Archives in Rzeszów due to their poor condition. It did not give us much hope, although we knew where to look for these documents.

We sent our letter to the Archives, giving all the details we know, and we were left to… wait. It happens that the answer comes after 2 weeks, but it also happens that we expect 2-3 months for any answer. This time we were lucky and after less than 4 weeks we received information that indeed in the parish books we have information confirming that grandfather Thom was actually born in 1895, in May, and was baptized in the local parish. Now it was enough to pay a fee to the Archive’s account for the search and a copy, which we received after less than a week to our e-mail. But that was just the beginning…

We sent a copy of the document to our client and as we guessed, he asked for a translation of this act (it was written in Russian, as this area of ​​Poland was under Russian rule at the end of the 19th century). With the help of our friend, we read the whole thing and sent it to Thom in two days. Of course, he was very happy and at the same time asked us another question – what can we say about his grandfather’s parents, as their names were given in the grandfather’s baptism. The situation was a bit more difficult, but not hopeless, as the record stated the age of each parent on the day of the child’s birth.

Of course, only the number of years was given, with no exact date, but that was something. Based on our experience, we expected that at least one of the parents was also from the same village and that his baptism should also be recorded in the parish records. We calculated the birth year of each parent and sent our request to the Archives again to check birth certificates for Thom’s great-grandparents. This time we waited longer, perhaps because, as we know, at the beginning of the year, the Archives receive a much larger number of such inquiries. It is related to the Christmas season, when families meet more often and remember their ancestors. Then some of these memories turn into the beginning of genealogical research.

More than 2 months passed when we received a reply from the Archives confirming that they managed to find the birth certificate of great-grandfather Thom, exactly from the same parish and in the year we calculated based on his age at the time of birth of his son (i.e. grandfather Thom). Unfortunately, the baptism certificate of Thom’s great-grandmother was not found, but we decided not to give up.

Thom knew that his grandfather was the eldest child of his parents, so it is very likely that he might have been born a year or two after his parents (Thom’s great-grandparents) had married. We calculated that the wedding might have taken place sometime between 1893 and 1894. We again asked the Archives to find such an event in the wedding book of this parish. We hoped it would go faster this time, as the number of entries in wedding books is generally several times lower than in the one with birth and death certificates. Indeed it did and the answer came after 10 days. 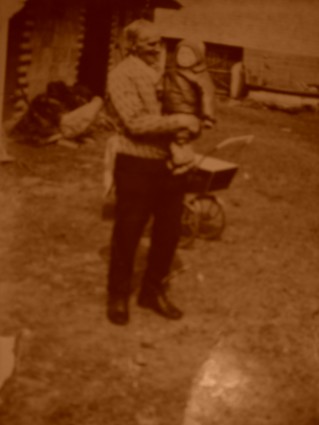 The marriage certificate of Thom’s great-grandparents confirmed 1894 as the date of their wedding, and the names of the wedding witnesses were also given.

However, the most interesting information was that the bride, or great-grandmother Thoma, was… Unitarian, i.e. belonged to a Greek-Catholic parish located 15 km from the village where her future husband (Thom’s great-grandfather) lived. In the course of further work, while looking for the birth certificate of Thom’s great-grandmother, it was possible to confirm her birth and baptism in the neighboring Uniate parish.

In the meantime, however, we managed to find a group of genealogists – hobbyists, whose work and experience helped us a lot in continuing our search for Thom. It turned out that they decided to transfer digitized copies of files from this Archive one by one and put them in a simple search engine, on a separate website. It was extremely tedious and time-consuming work. Thanks to this, our work in search of the next Thom ancestors, despite going further into the past, accelerated. We were able to search for some birth, marriage or death certificates ourselves and download them in the form of a file, and even if they were not available, we had the exact details and entry numbers under which the Archive quickly found the files we asked for.
So, after a few months of work, we managed to reach six generations back from grandfather Thom, so we were able to confirm and find Stanisław’s birth certificate, i.e. Thom’s great great great great great great great grandfather …

Our satisfaction and joy for Thom was huge, neither he nor we expected that we would manage to reach so far (to the beginning of the 18th century) into the history of his family. Thom said his next destination would be south-eastern Poland…